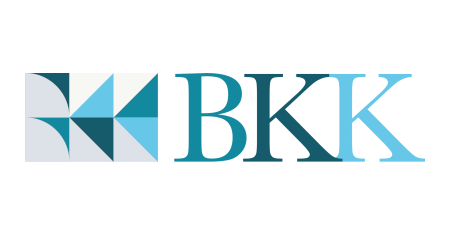 A company has only on peerless role: chief executive officer. It is the most powerful and sought-after title in business, more exciting, rewarding, and influential than any other. Despite the lustre of the role, serving as a CEO can be all-consuming, lonely, and stressful. Just three in five newly appointed CEOs live up to performance expectations in their first 18 months on the job.

The high standards and broad expectations of directors, shareholders, customers, and employees create an environment of relentless scrutiny in which one move can dramatically make or derail an accomplished career. BKK is here to help. With over 42 years of experience, we’ve assisted CEO’s navigate through the most exciting and difficult of times.

Audit & Compliance
Our expertise in financial reporting is about more than ticking the boxes - it's about working with you to help grow your business, the smart way. Talk to us about getting it right, every time.
Taxation and Succession Planning
Over more than 40 years BKK has developed an unmatched level of expertise in taxation, and the needs of our core market. Let us help your business manage every aspect of your tax requirements.
Personal Wealth and Financial Management
Secure your family's future and your business legacy with impartial advice from our Financial Planning experts. Talk to us about succession planning, investments, pensions and more.
Company Formations and Restructuring
With an exceptional track record in fundraising and finance for a broad range of clients, BKK is your partner for long-term growth. Learn how we can help bring your business to the next level.
Outsourced Finance Support
From reporting to recruitment to everything in between, our Business Services team specialise in high-quality, cost-effective and fully customised solutions for every stage of the business life cycle.
Payroll
A comprehensive range of payroll services including start-up, managed or outsourced payroll, tailored to client needs and budget. Find out how we can help fulfil your payroll requirements.
Business Expansion Advisory
If you have a business idea and are ready to turn the concept into a reality, we at BKK want to help you achieve that reality. BKK provides a unique resource providing free guidance to start-ups and early-stage companies.
Female Entrepreneurs
At BKK we are excited to add to our community of forward-thinking and ambitious female-led businesses. We want to work with the female leaders of today and cultivate a community of support and growth for the leaders of tomorrow.
Founder/CEO Support
A company has only one peerless role: Chief Executive Officer. BKK is here to help with over 42 years of experience, BKK has assisted CEO’s navigate through the most exciting and difficult of times.
Get in Touch
Get in Touch
021-435-0777
info@bkk.ie
BKK.ie
Heritage Business Park,
Mahon,
Cork,
T12 P1HX
Iconic Offices,
The Greenway,
112-114 St. Stephens Green,
Dublin 2
021 4350777
info@bkk.ie
bkk.ie
Heritage Business Park,
Mahon,
Cork,
T12 P1HX
Iconic Offices,
The Greenway,
112-114 St. Stephens Green,
Dublin 2